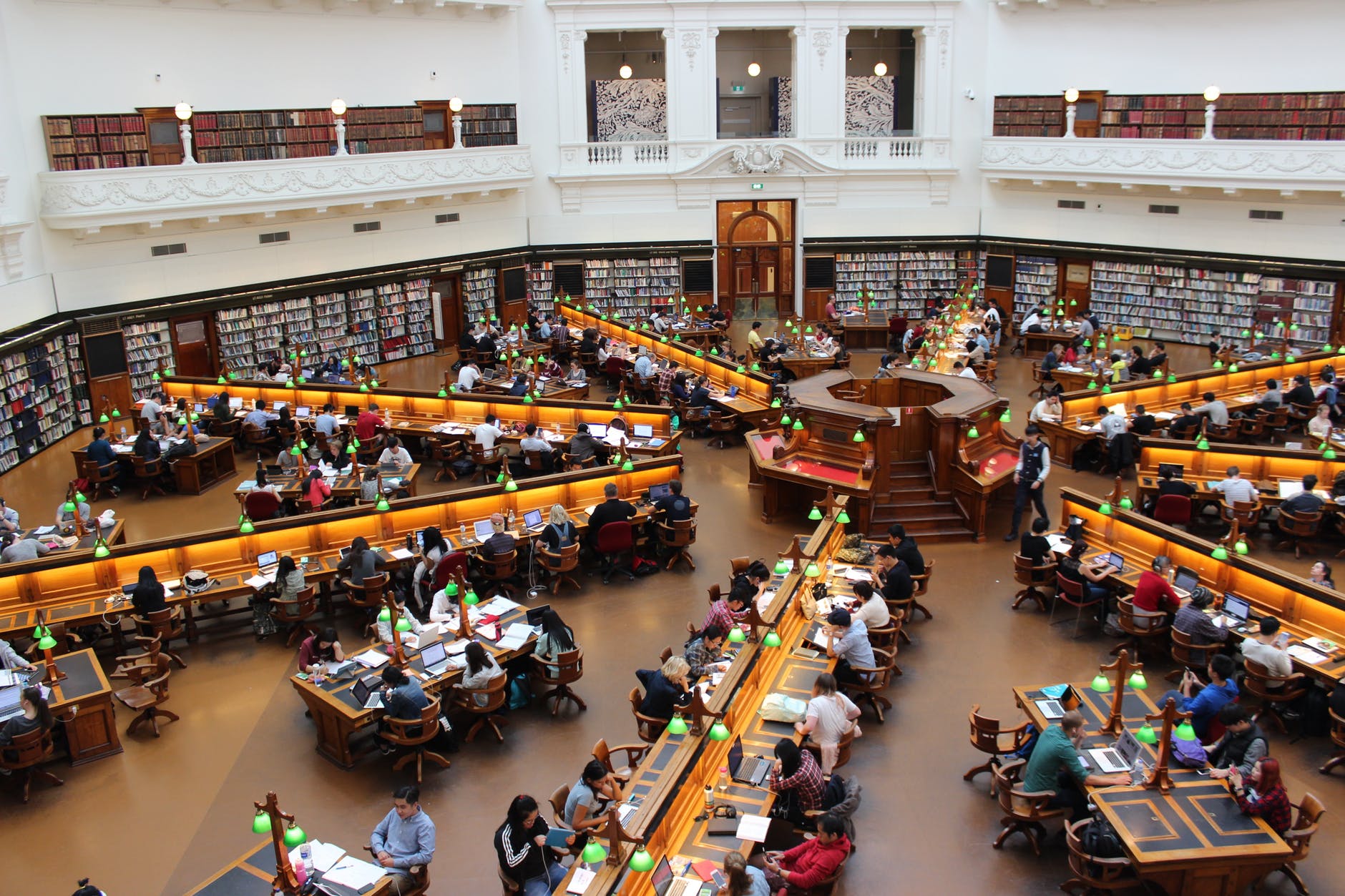 What does "going public"​ mean? IPO By Rami Alame

Going public refers to a private company's initial public offering (IPO), thus becoming a publicly traded and owned entity. Businesses usually go public to raise capital in hopes of expanding. Venture capitalists may use IPOs as an exit strategy (a way of getting out of their investment in a company).

The IPO process begins with contacting an investment bank and making certain decisions, such as the number and price of the shares that will be issued. Investment banks take on the task of underwriting, or becoming owners of the shares and assuming legal responsibility for them. The goal of the underwriter is to sell the shares to the public for more than what was paid to the original owners of the company. Deals between investment banks and issuing companies can be valued at hundreds of millions of dollars, some even hitting $1 billion.

Going public does have positive and negative effects, which companies must consider. Here are a few of them:

The Pros And Cons Of A Company Going Public

For some entrepreneurs, taking a company public is the ultimate dream and mark of success (usually because there is a large payout). However, before an IPO can even be discussed, a company must meet requirements laid out by the underwriters. Here are some factors that may qualify a company for an IPO:

Some underwriters require revenues of $x-$x million per year with profits around $x. Not only that, but management teams should show future growth rates of about X% per year in a five- to seven-year span. While there are exceptions to the requirements, there is no doubt how much hard work entrepreneurs must put in before they collect the big rewards of an IPO.

How an IPO is Valued

To a certain type of investor, few scenarios sound more satisfying than the idea of getting in on the ground floor of an investment opportunity and then watching said investment rise in price while the latecomers vie for the dwindling and ever more precious table scraps. People want to stake the gold claim on the previously overlooked part of the Klondike, drill the productive wildcat well in the Permian Basin or be Steve Jobs’s and Steve Wozniak’s third partner. Doing this involves slightly more work and more risk than finding a winning lottery ticket on the street, but without an appreciably better chance of success.

Among a few other reasons, this innate covetous desire to move to the front of the line is why the underwriting industry attracts the kind of people that it does – and why initial public offerings (IPOs) attract such attention.

An initial public offering (IPO) is the process by which a private company becomes publicly traded on a stock exchange. Once a company is public, it is owned by the shareholders who purchase the company's stock. Every public corporation in existence had to start trading at some point, which is to say, initiate an IPO.

The only real exposure many retail investors have to the IPO process occurs a few weeks prior, when media sources inform the public of the offering. How a company gets valued at a particular share price is relatively unknown, except to the investment bankers involved and those serious investors who are willing to pour over registration documents for a glimpse at the company's financials.

Even if one of the richest private corporations were to go public, say Cargill or Koch Industries, it wouldn’t be enough to just buy shares as soon as they became available and then assume the rocket ride will continue. As the old-but-true saw goes, you make your money going in. A lucrative but overpriced moneymaker might not be as good a deal as its mildly profitable but much less expensive counterpart.

The problem, of course, is that incipient IPOs, by virtue of being currently private companies, don’t have long histories of disclosing financial statements publicly. But disclose they do, in much the same manner of established public companies. Every one produces balance sheets, income statements and cash flow statements – all the usual culprits.

An extreme example is the massive valuations of IPOs at the 2000 peak of the tech bubble compared to similar (and even superior) tech IPOs since that time. The companies that went public at the peak received much higher valuations – and consequently much more investment capital – merely because they launched when demand was high.

Another aspect of IPO valuation is industry comparables. If the IPO candidate is in a field that already has comparable publicly traded companies, the IPO valuation may be linked to the valuation multiples being assigned to competitors. The rationale is that investors will be willing to pay a similar amount for a new company in the industry as they are currently paying for existing companies.

In addition to viewing comparables, an IPO valuation depends heavily on the company's future growth projections. Growth is a significant part of value creation, and the primary motive behind an IPO is to raise more capital to fund further growth. The successful sale of an IPO often depends on the company's plans and projections for aggressive expansion.

Spend less than a minute looking up the company’s financial disclosures, contrast that with the company’s expected theoretical initial book value (IPO price times number of shares issued), then determine for yourself whether company management and the underwriting banks have overshot, undershot, or assessed accurately.

Some of the factors that play a large role in an IPO valuation are not based on numbers or financial projections. Qualitative elements that make up a company's story can be as powerful – or even more powerful – as the revenue projections and financials. A company may have a new product or service that will change the way we do things, or it may be on the cutting edge of a whole new business model. Again, it is worth recalling the hype over internet stocks back in the 1990s. Companies that promoted new and exciting technologies were given multi-billion-dollar valuations, despite have little or no revenues. Similarly, companies undergoing an IPO can bulk up their story by adding industry veterans and consultants to their payroll, giving the appearance of a growing business with experienced management.

Herein rests a harsh truth about IPOs; sometimes, the actual fundamentals of the business take a back seat to the marketability of the business. It is important for IPO investors to have a firm understanding of the facts and risks involved in the process, and not be distracted by a flashy back story.

Facts and Risks of IPOs

The first goal of an IPO is to sell the pre-determined number of shares being issued to the public at the best possible price. This means that very few IPOs come to market when the appetite for stocks is low – that is, when they're cheap. When equities are undervalued, the likelihood of an IPO getting priced at the high end of the range is very slim.

The IPO market basically died during the 2009-2010 recession because stock valuations were low across the market. IPO stocks couldn't justify a high offering valuation when existing stocks were trading in value territory, so most chose not to test the market.

Valuing an IPO is no different than valuing an existing public company. Consider the cash flows, balance sheet and profitability of the business in relation to the price paid for the company. Sure, future growth is an important component of value creation, but overpaying for that growth is an easy way to lose money.

Most IPOs render their investors disappointed. But again, that’s reflective of the market as a whole, which is comprised of nothing but IPOs of varying vintages. The intelligent investor (with apologies to Benjamin Graham) understands that the fundamentals of the game transcend the particular investment. Buy underpriced assets. Sell, or eschew, overpriced ones. Then be patient, then profit.

Lebanon is looking forward to the electronic trading platform to which the Capital Markets Authority is already requesting RFPs for, and the Beirut Stock Exchange. 2019 can be exciting for a lot of investors so make sure to remain informed and keep reading.

You took the time to understand our challenges fully and catered the work to specifically address the issue we had at hand in detail without leaving the scope. The approach was accommodating and understanding our needs with no fuss, enabling us to reach what we needed quickly.